Philippe Keraudren holds a PhD in political science and a” Habilitation à diriger des recherches” in political science from the Institute of Political Studies in Paris. He specialised in the area of public sector innovation, notably at the European Institute of Public Administration in Maastricht, before joining the Commission at DG SANCO, working on consumer protection in services of general interest. Since then he has occupied several posts in DG RTD and is now deputy Head of Unit at DG RTD in Unit B6 (“Open and Inclusive Societies”) where he supervises the work programme for Societal Challenge 6, the integration of social sciences and the humanities (SSH) across Horizon2020, the international dimension of SSH as well as the impact of the SSH European programme on science, society and policies.

Dr Sarah Spencer is Director of the Global Exchange on Migration and Diversity, the knowledge-exchange arm of the Centre on Migration, Policy and Society at the University of Oxford.

Her research interests focus on integration policies and on city responses to irregular migrants in Europe. Prior to Oxford, Sarah was Chair of the Equality and Diversity Forum, the network of equality and human rights organisations in Britain, and Deputy Chair of the Commission for Racial Equality. She has been a member of many government advisory bodies and published widely on migration, human rights and equality issues. She is a visiting professor at the Human Rights Centre, University of Essex.

Jesuit since 1974, Jean-Marie Carrière has been Professor of Holy Scripture at Centre Sèvres – Facultés Jésuites de Paris from 1989 to 2013.

A radio show director/editor, professional musician and film school graduate, Gabriele has been a photographer since 2006 and has a MA with merit in Photographic Journalism at Westminster University. In 2007 he attended a one year certificate program at the ICP-International Center of Photography, in Manhattan.

His work has been widely exhibited, collected in group and solo shows internationally, and published by the worlds leading news media: The New York Times, TIME, Newsweek, The Wall Street Journal, FADER magazine, The New Yorker and many other fine publications. He was in PDN30’s list of young photographers to watch in 2010, on the American Photography Annual the same year, and collaborated to Aperture’s two year long residency program.

He has published a monograph of his personal work on refugees, The Refugee Hotel, (McSweeney’s, San Francisco, 2012) on refugees resettlement, that took over 6 years in the making, and several cookbooks (food being his real passion), two of which went on to be New York Times Best Sellers.

He lives on Alitalia long range flights, Trastevere and the Bronx, with his wife, Pax and two children Quino and Nicholas Ray. 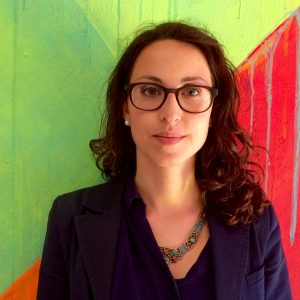 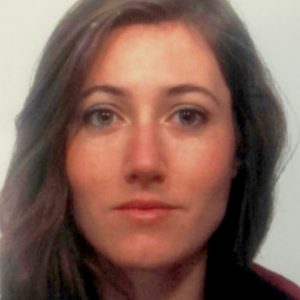 The project ‘Siriani in Transito’ was founded by three friends who met at the faculty of cultural and linguistic mediation in Milan. In different moments, between 2007 and 2010, they all spent a period of time in Syria, and since October 2013, with the arrival of Syrians at the Central Station in Milan who were received in shelters set up by the municipality, they have been active as mediators and volunteers in the centers. The encounter with Syrians and their stories made them want to give them a voice: the project Siriani in Transito – Syrians in Transit was born thanks to the cooperation of a photographer friend, Anna Ruggieri, as a means to try and raise people’s awareness on this topic.

From this exhibition, the desire to bring around these stories allowed ‘Siriani in Transito’ to create a volunteering association called Nur – a spotlight on migrant voices.

Eva’s research interests cover most areas of human rights law in European and international law as well as in Belgian and comparative law, with a particular emphasis on the protection of the rights of non-dominant groups and individuals. She has a keen interest in multi- and interdisciplinary research.

Eva has been an activist in the board of several Belgian human rights NGOs, including as the Chair of the Flemish section Amnesty International (2006 – 2010), and she was briefly active in politics as a Member of the Belgian Federal Chamber of Representatives (2010 – 2014).

Çağla Aykac holds a PhD in sociology from the Ecole des Hautes Etudes en Sciences Sociales. She has participated in several transnational research projects on Muslims in Europe and migration. Her work and teaching in the field of political sociology focuses on questions of Methods in Social Sciences, nationalism, racism, social movement theory, and gender. She had to resign from her teaching position in Istanbul following her signing the Petition of the Academicians for Peace. She is currently a visiting scholar at the InCite center on citizenship in Geneva University. She co-edited a book on Muslims in Europe with Hakan Yilmaz and contributes to political online journals such as ROAR magazine and OpenDemocracy.

Roberta Ricucci is Associate Professor at the University of Turin, dept. of Culture, Politics and Society, where she teaches Sociology of Inter-ethnic Relations and Sociology of Islam. She is also senior researcher at FIERI – International and European Forum of Migration Research and member of the international networks IMISCOE (international Migration, Integration and Social Cohesion). She has a wide and varied research experience on immigration issues, both at national and international levels, including as visiting research fellow at the University of Princeton (NJ, US), Melbourne (Australia), Notre Dame (IN, US). In her most recent research she has mostly focused on immigrant children and second generation migrants, investigating, especially among Muslims, their identity-building process and religiousness.

Michael Jones-Correa is Professor of Government at Cornell University  and Robert J. Katz Chair of the Departme

nt of Government.  He has worked and published extensively on immigrant political mobilization, inter-group relations, and the role of institutional actors in integrating immigrants into receiving societies.

He is a co-author of Latinos in the New Millennium (Cambridge, 2012) and Latino Lives in America: Making It Home (Temple, 2010), the author of Between Two Nations: The Political Predicament of Latinos in New York City (Cornell, 1998), the editor of Governing American Cities: Inter-Ethnic Coalitions, Competition and Conflict (Russell Sage Foundation, 2001), and co-editor of Outsiders No More? Models of Immigrant Political Incorporation (Oxford 2013).

Jones-Correa is a co-PI of the 2006 Latino National Survey, a national state-stratified survey of Latinos in the United States; and the Philadelphia-Atlanta Project, a collaborative research project on contact, trust and civic participation among immigrant and native-born residents of Atlanta and Philadelphia.

After having analyzed the political and social processes of the “institutionalization of the pan-Alpine region” in her PhD, Cristina Del Biaggio focused her research interests on borders and (forced) migration, both in academia as a researcher and lecturer at the University of Geneva and in the voluntary sector as coordinator of the “Comptoir des medias”, a project led by the Swiss NGO Vivre Ensemble and whose aim is to fight prejudices on refugees in the Swiss media. In 2014, she participated in the creation of an artistic and interdisciplinary project, “con t (r)atto” in which, through the presence of an actor, a mask and pictures, brought the audience to intimately experience the universal condition of “living at the border”.

Dr. Papademetriou has published more than 270 books, monographs, articles and research reports on migration and related issues, and advises senior government officials, foundations, and civil society organizations in dozens of countries. He also convenes the Transatlantic Council on Migration and the Regional (North American) Migration Study Group, and is Co-Founder and Chair Emeritus of Metropolis.

Pereira is a member of the Centre for Geographical Studies at the University of Lisbon. For the past two years she was a Research Fellow at the Institute of Human Rights of the University of Deusto, affiliated to the research group International Migration, Integration and Social Cohesion.

Her research interests lie at the intersection of migration, labour studies and human geography. Since 2000 she has been working on international migration issues both within academia and also for intergovernmental organizations and NGOs. Her current focus is on the study of migration dynamics and processes of labour market incorporation within a framework of human rights protection.

He also directed the Institute of Urban & Rural Sociology at the National Centre for Social Research (EKKE) (2001-2012). His research is focused on urban social and spatial inequalities and changes, related to both class and ethnicity. Most of his published work can be accessed at: https://hua.academia.edu/ThomasMaloutas. 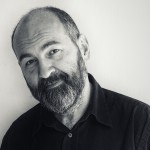 José Luis Roncero is a founding partner, manager and executive producer of Úbiqa, Technology, Ideas and Communication S.L. He has worked in different audiovisual production companies and was program director of Canal Bizkaia, Bilbao’s local television.

In 2003 he created Úbiqa, and since then his activity has revolved around experimenting with new media, digital media and co-creation processes through the interaction with citizens in order to build content and participatory projects. Since 2006 he has been promoting the design and implementation of programs and participatory methodologies linked to audiovisuals and to the interactive potential of cell phones as both a communication and production tool.

He is executive producer of the currently ongoing participatory projects Identibuzz –which explores the relationships of people from different cultures–, Oroimena Bizigune – Inhabiting Memory –an inclusive space for dialogue, reflection and construction of memory on the violence in the Basque Country–, and Migrant Chronicles, the story and memory of the people who migrated to the Basque Country in the 50s, 60s and 70s.

Since 2013 he has been working on developing the production and distribution of the digital content Ubiqarama. Ubiqarama is an ecosystem that comprises of a web platform and content creation app that favors the creation of projects and participatory digital narratives that Úbiqa uses in its projects. 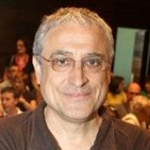 Ramon Flecha is Professor of Sociology at the University of Barcelona, Dr Honoris Causa by Vest Timişoara University.

The main conclusion of the first project he led from the FP (WORKALÓ: The creation of new occupational patterns for the cultural minorities: The Gypsy case) was approved unanimously by the European Parliament, giving rise to various European and Member States policies. It has been the principal researcher of the unique Social  Sciences and  Humanities’ project  included  in the list   that   the   European   Commission   published   with   10 successful  scientific researches (INCLUD-ED: Strategies for inclusion and social cohesion from education in Europe). Ramon  Flecha  is  currently leading the  project  IMPACT-EV:  Evaluating the impact and outcomes of European SSH research, which is the research project that the European Commission’s 7th Framework Programme of research has funded in order to develop indicators and standards that will serve to evaluate not only the scientific impact of the research in the Social Sciences and the Humanities but particularly its political and social impacts.

He has published papers in reviews such as Nature, Organization, Journal of Mixed Methods Research, Harvard Educational Review, Qualitative Inquiry or Cambridge Journal of Education. His article “Turning into possibilities Difficulties: Engaging Roma families and students in school-through dialogic learning” (http://www.tandfonline.com/doi/full/10.1080/0305764X.2013.819068#tabModule) it has been awarded by Cambridge as the best Article in 2013.