The INTEGRIM programme has made an innovative contribution to academic knowledge on the concept of integration as a key factor for the future cohesion of European societies through a vast academic production with more than 40 scientific articles (25 peer reviewed, 14 of them indexed and 5 ISIs), two collective publications (WP1: “The Age of Human Rights ” Special Issue 2016; WP2 : “The Management of Immigration Related Cultural Diversity in Federal Countries” 2015), a joint edited publication (Managing Regimes of Dis-Integration);  17 book chapters and over 200 presentations in academic conferences and workshops. Besides 7 PhD dissertations have been already presented, 11 more will be finalized by the end of 2017 and 3 by 2018.

Regarding the objectives of the project:

1) High quality research training on integration policies and processes in the European Union and neighboring countries has been provided to these 23 ESRs, so they have acquired sound grounding and new knowledge in the study of immigrant integration processes and policies; developed capacities for critical analysis and enhance individual competence in using a combination of qualitative and quantitative research methodologies suitable for advanced comparative research projects across Europe; established a coherent professional development track through access to the combined knowledge of European academic and policy communities as reflects the number of presentations of fellows in academic conferences and events around migration and integration policies; attained professional maturity in conducting research and analysis with wide disciplinary and geographical scope and reflected their progresses in the Personal Career Development Plans (PCDP); developed transferable skills appropriate for working in different knowledge generating institutions in a European context and build capacities for international collaborations and additional skills for maximizing individual competitiveness in the European labour market as well as skills for participating in international comparative research(see questionnaire results); developed an understanding of the relationship between theory, policy and practice through the involvement and active participation of academics, policy makers and practitioners in the field, as shown in the Final Conference held in Bilbao (July 2016).

The successful completion of the training programme has been monitored through the established progress indicators, including the update of PCDPs, the implementation of 6-month supplementary training for LTRs at another academic partner institution; and their participation in Annual Conferences and additional training activities.

2) INTEGRIM network has contributed to the creation of an international inter-sectoral and multidisciplinary critical mass on the politics of integration and more specifically on cultural and identity management, citizenship and political participation, labour and social integration and urban integration, residential patterns and mobility through an extensive academic production (scientific articles, special issues, books…) around sectoral thematic areas regarding integration processes and policies structured in the four scientific work packages.

3) Through the implementation of challenging workshops and conferences INTEGRIM network has enriched the debate through a transnational multidisciplinary analysis on the causes and conditions leading to migrant integration and economic, social and territorial cohesion (see events). The network aims to bring together key actors with proven experience and knowledge of integration policies and processes from academic, enterprise, civil society and public backgrounds.

4) INTEGRIM has provided EU policy makers a wide range of academic outputs to inform decision making regarding migration and integration policies. With already 7 Thesis defended and 17 more in progress and over 40 scientific articles published INTEGRIM network has contributed to the on-going debate on migration and integration policies. In addition, INTEGRIM has promoted the production of policy oriented deliverables and the acquisition of policy oriented skills by the ESRs through the organisation of workshops and training sessions as the workshop held in Bilbao on June 2015 or the Colloque organised by MIGRINTER in 2016. INTEGRIM Associated Partners have participated in projects activities providing insights from policies and specifically, the Final Conference aimed at sharing perspectives between academia, civil society and policy makers.

Distributed by Work Packages, WP1 (identity and Cultural Integration) has organized 3 Scientific Thematic Workshop and 3 Scientific Meetings and recruited 5 ESRs, two of them have already defended their PhD thesis and 3 of them will do it during 2018. Regarding Scientific outputs, WP1 has published a collective publication (Special issue “The age of Human Rights” Journal, 2016), 9 indexed scientific articles and 4 INTEGRIM Online Papers. 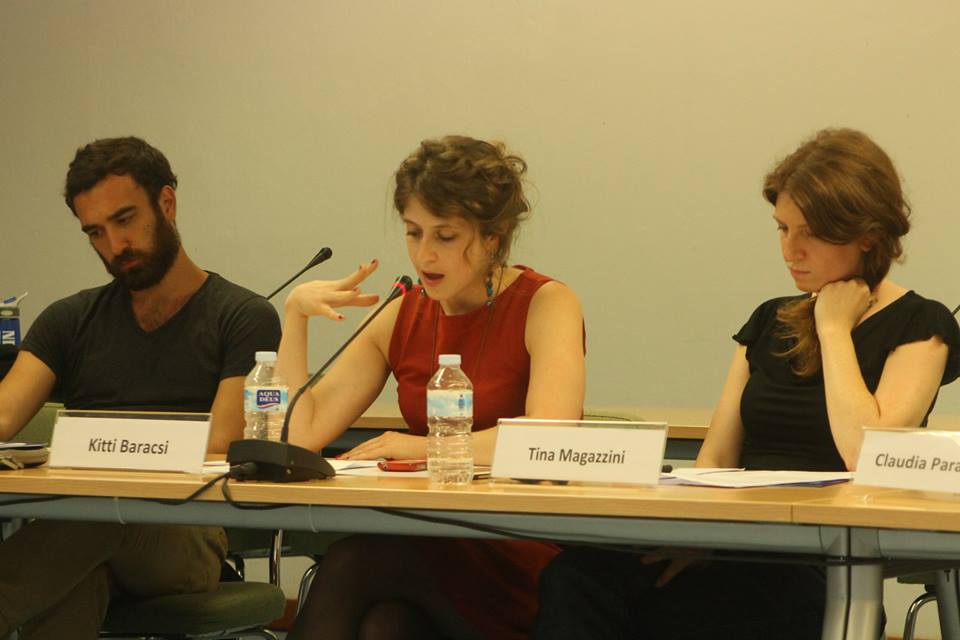 WP2 (Citizenship and political participation) also organized 3 Scientific Thematic Workshop and 3 Scientific Meetings and recruited 8 ESRs. Among these ESRs two of the already defended their PhD thesis and 6 will defend them during 2018. In terms of scientific outputs, WP 2 published a collective publication (Special Issue “The Management of Immigration Related Cultural Diversity in Federal Countries.” Fédéralisme-Régionalisme 15 (2015), 6 Scientific Articles and 6 INTEGRIM Online Papers. 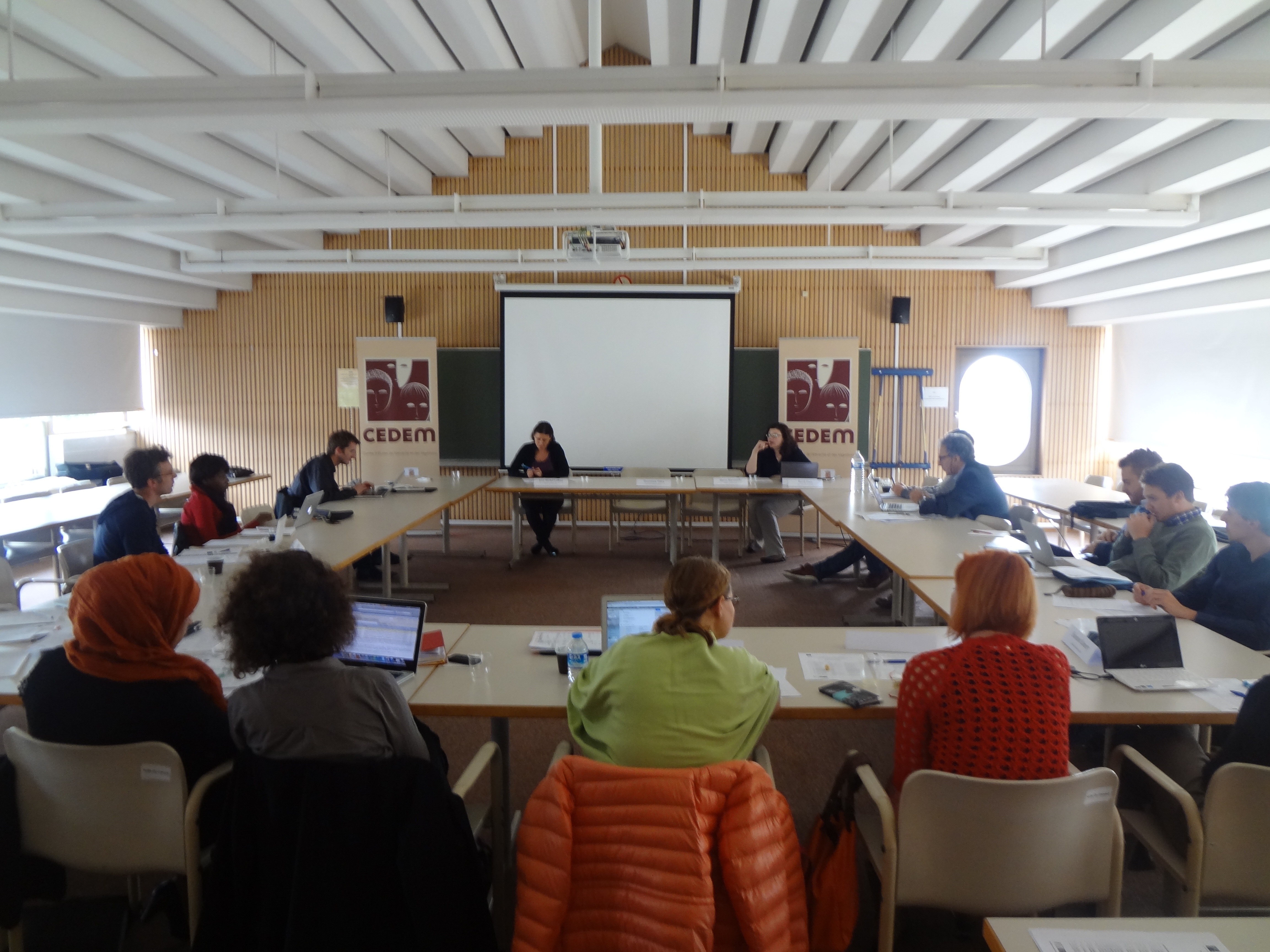 WP3 (Labour and Social Integration) hosted 3 Scientific Thematic Workshop and 3 Scientific Meetings and recruited 5 ESRs. One of these ESRs has already defended her PhD and 4 of them will do it during 2018. WP3 academic production includes a joint edited book forthcomin in 2018 (Managing Regimes of Dis-Integration”), 9 Scientific Articles and 3 INTEGRIM Online Papers. 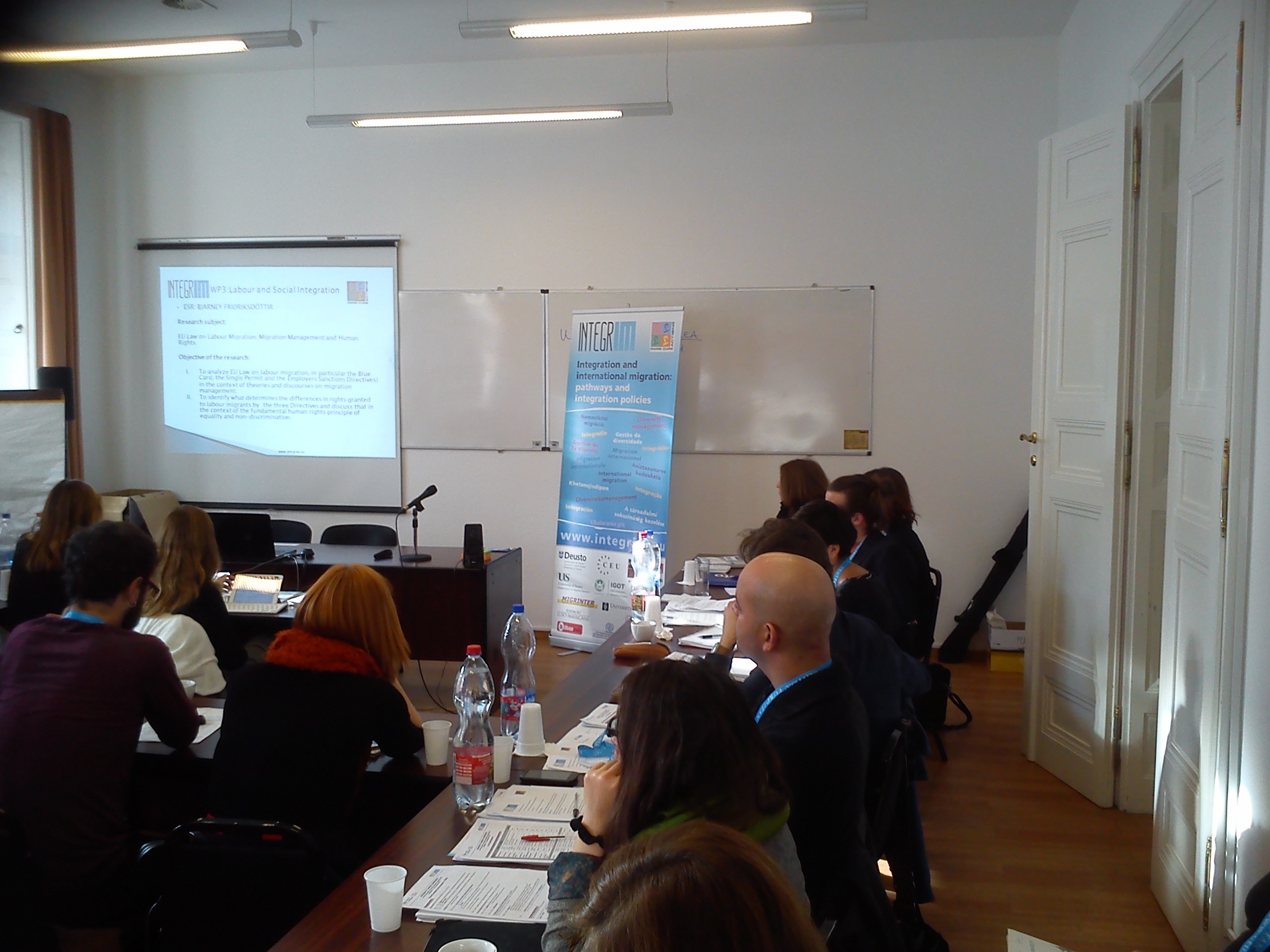 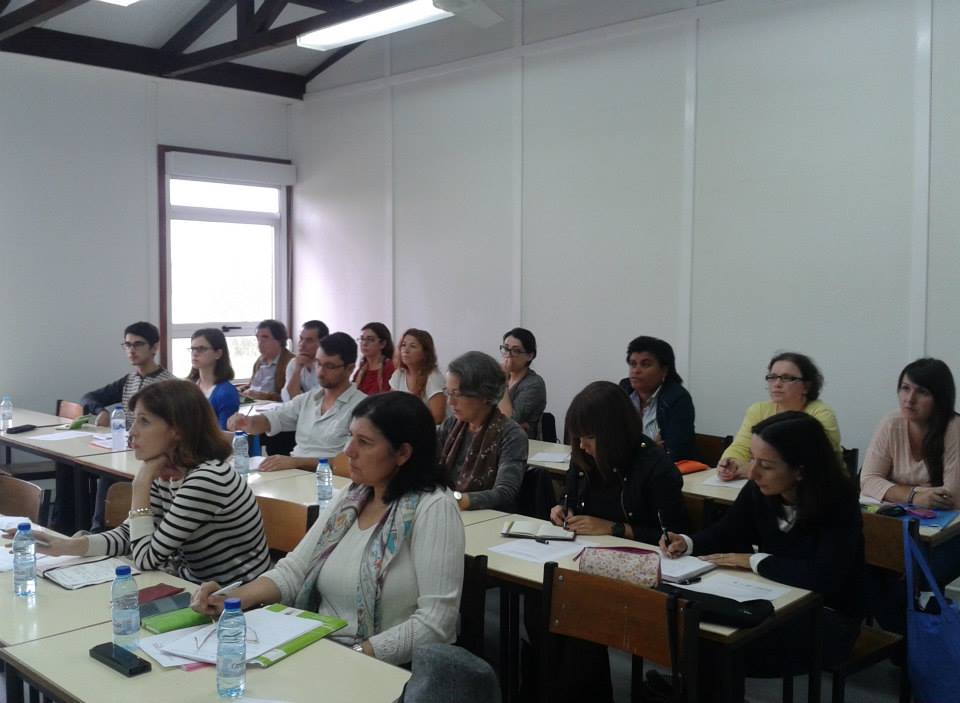 In addition to scientific publications, INTEGRIM researchers have participated in many academic events outside the INTEGRIM network, with more than 200 presentation in international academic events. 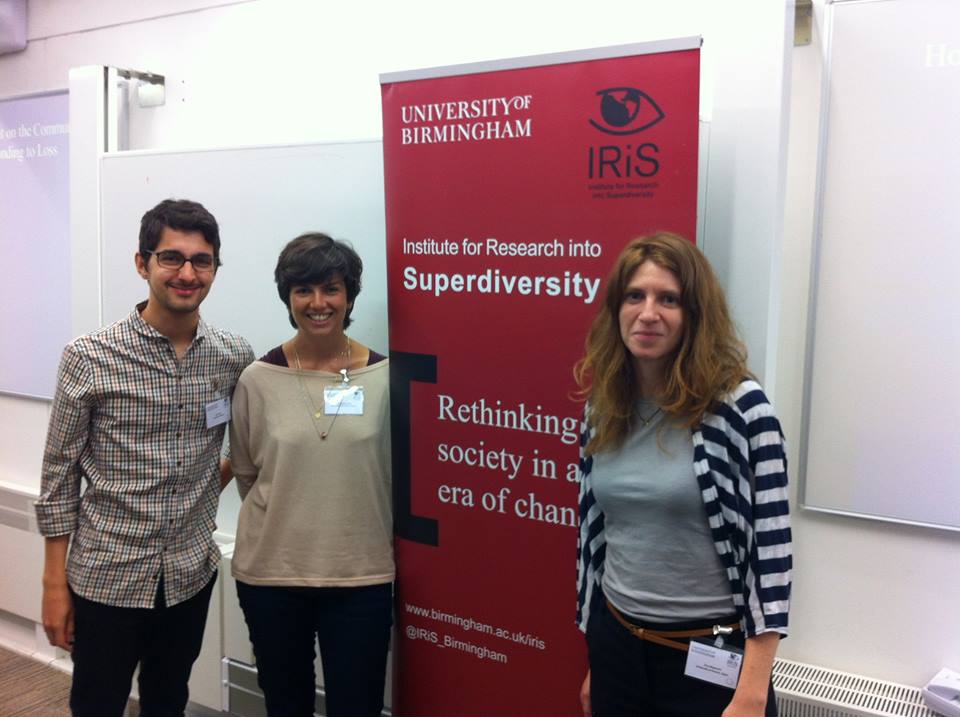 Furthermore, INTEGRIM partners have organized many additional training events, such as extra workshops and seminar, summer schools or colloques, but also intersectional activities in collaboration with Associated Partners, International and Local stakeholders and other European projects that have stressed the importance of synergies and the need of fostering interdisciplinary and intersectoral collaborations among research communities and stakeholders that will help to map and assemble existing initiatives on migration in Europe, reducing fragmentation and maximising the impact of research. 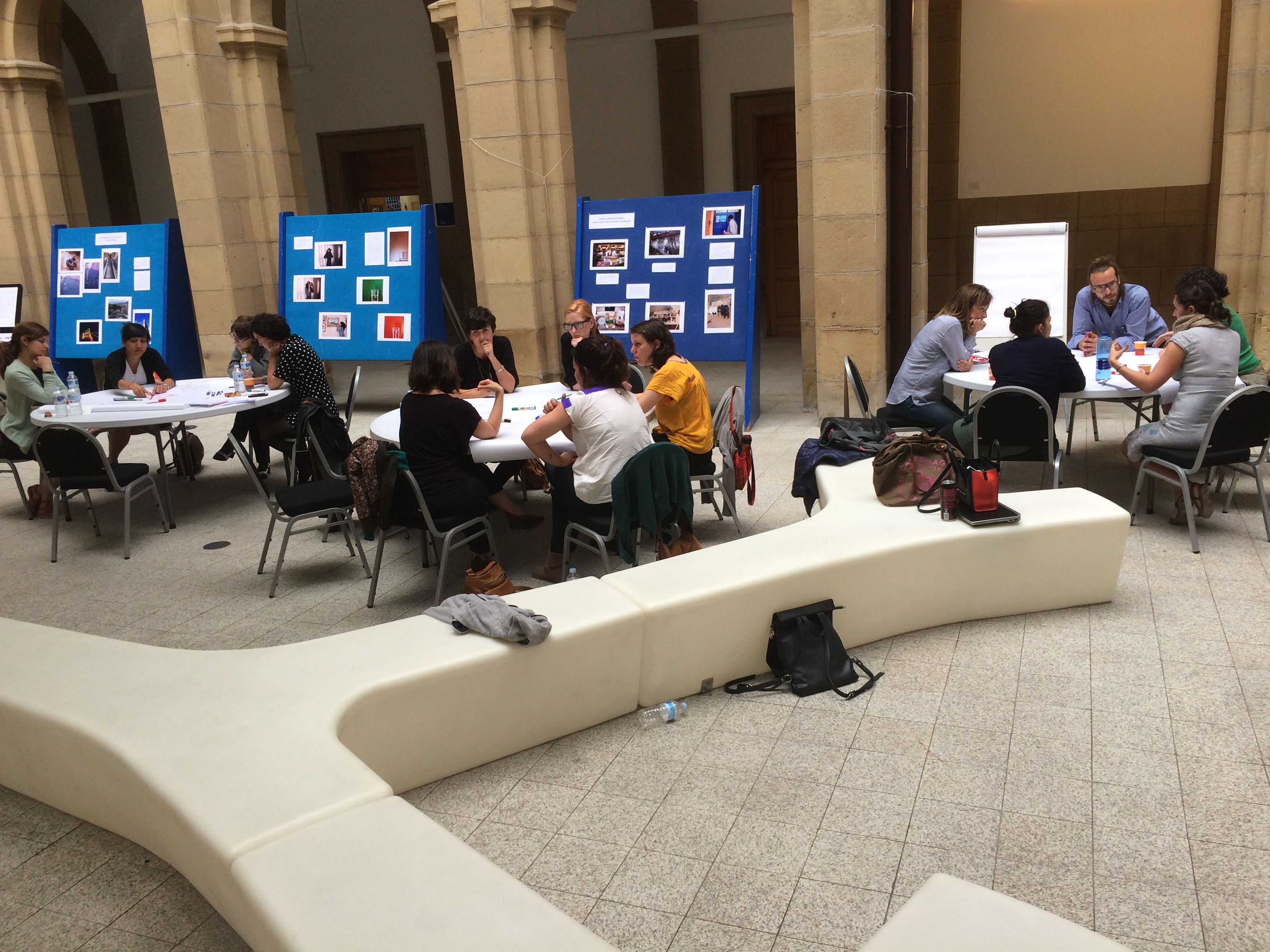 Finally, INTEGRIM has paid significant attention to the dissemination of results, bearing in mind the importance of social impact of research. Main dissemination tool has been the INTEGRIM web page. The personal tabs of each recruited ESRs have been updated with the last information of the candidates. Some of these profiles have been complemented with some individual video clips on the researchers experiences (See the profiles: Tina Magazzzini, Reinhard Schweitzer, Franz Buhr, Stefano Piemontese,Georgiana Turculet and Kitti Baracsi) .In addittion, a short video was also made to share some researchers´experiences . A short video has been developed  as well as a storytelling of the INTEGRIM project to easily explain the social impact of the INTEGRIM project (see Integrim web page-About us). This story telling aimed at underlining the value and social impact of INTEGRIM research, through the experience of a migrant that addressed his main challenges for integration.

The FC was also disseminated through facebook and twitter, reaching a broad audience and achieving more than 1500 impresions and over 40 engagements (likes, retwees, clicks…)

In the same line, some of the seminars (WP1) have been recorded and uploaded to INTEGRIM web page and the FC was also recorded and some pills have been already linked to the project website.