In the framework of the Annual Conference, a workshop was organized on December 12, focusing on the theme “Research puzzles and competing approaches to studying Roma migration.”

The aim of the workshop was to bring senior and junior scholars together who work on topics related to various aspects of migration, Roma, and Roma migration. Roma migration has been increasingly in the focus of scholarly interest as Roma, generally losers of the transition from state-socialist economies to capitalism, started to migrate from poorer regions and countries to wealthier ones as part of their survival strategies under the new circumstances. In the last two decades the migration process has been varied both with regard to its extent and composition of migrants. For many years, Roma have sought refugee status in Western European countries but were turned away, however, with the opening up of the labor markets and /or borders for new member states, migration intensified and brought about intense political and social rejection in several EU member states. The process raises a number of new questions both in sending and receiving countries concerning migration. The workshop was planned to be genuinely interactive: senior scholars working on Roma migration presented their work while junior scholars (INTEGRIM Early-Stage Researchers) studying other migration related topics acted discussants. The workshop aimed to generate a fruitful debate between senior and junior scholars on the one hand, and link the conceptual, theoretical and empirical experiences of ‘migration research’ and ‘Roma migration research’, on the other.

The workshop was planned, designed and convened by Vera Messing and Zsuzsanna Vidra, both Research Fellows of the Center for Policy Studies at Central European University (Budapest, Hungary). The workshop served as a great opportunity for INTEGRIM early-stage researchers to actively take part: Tina Magazzini (University of Deusto, Bilbao, Spain) and Stefano Piemontese (Center for Policy Studies, Central European University, Budapest, Hungary) chaired the sessions and offered a comprehensive framework for the workshop, while eight ESRs acted as discussants of the presented papers. 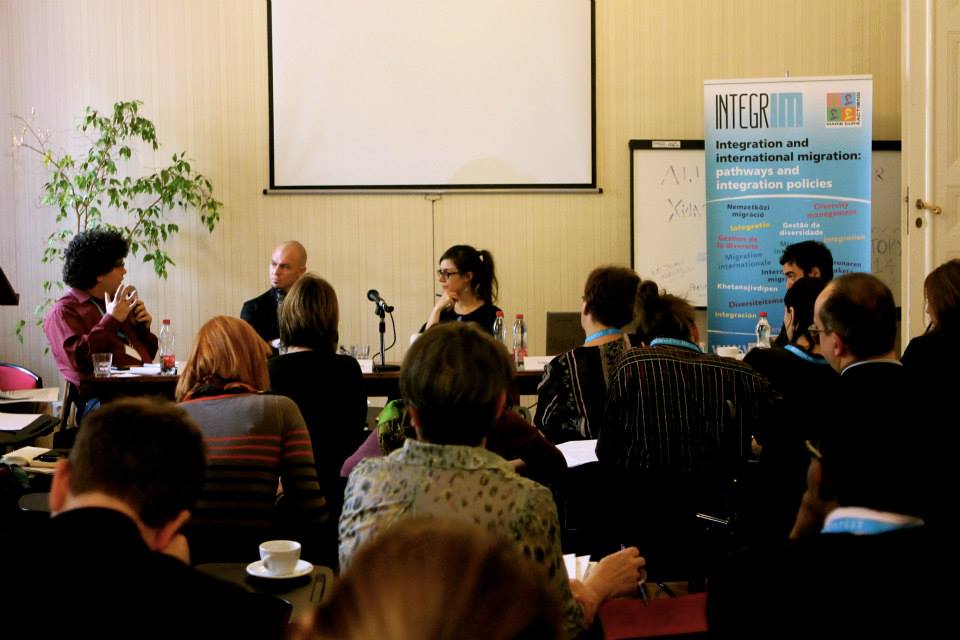 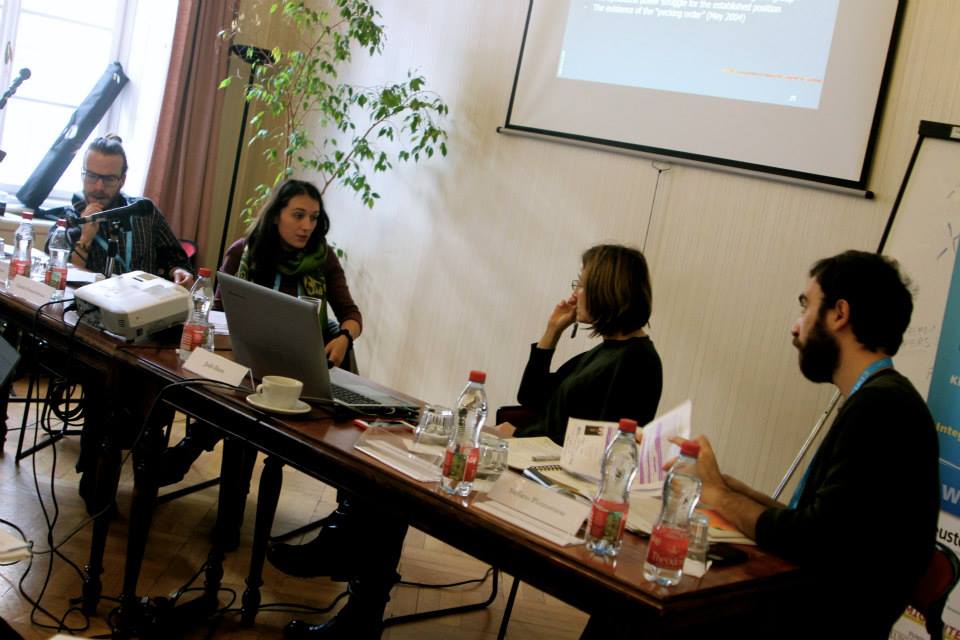 At the end of the workshop there was a separate session dedicated to the journal published by the European Roma Rights Center, an international public interest law organization based in Budapest, Hungary, working to combat anti-Romani racism and human rights abuse of Roma through strategic litigation, research and policy development, advocacy and human rights education. Marek Szilvási and Kieran O’Reilly spoke about the journal’s latest issue “Going Nowhere?  Western Balkan Roma and EU Visa Liberalisation.”